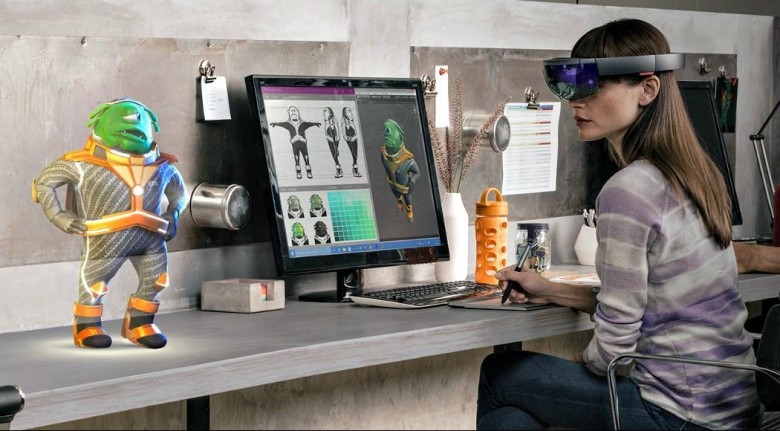 The Evolution of Video Gaming

The history of video games dates back to the 1950s/60s when computer scientists designed simple games and simulations on mini frames and minicomputers. Spacewar! was the first such game developed in 1962. Video gaming evolved significantly after that with the coming up of Nintendo and Atari versions. Those were days of pixelated screens and limited sounds. In the 1970s and 1980s, video gaming reached mainstream popularity when arcade video games, gaming consoles, and home computer games were introduced to the general public. Since then, video gaming has continuously evolved into a popular form of entertainment and a part of modern culture.

The latest development in the field has been augmented reality and virtual reality games.

Augmented reality (AR): It gives a view of the real world i.e., the physical world—with encrusted digital elements superimposed on the user’s actual environment. In other words, the integration of audio and visual content of a game within the user’s environment in real time and space is referred to as Augmented reality gaming(AR gaming).

Mixed Reality (MR): It gives a view of the real world i.e., the physical world—with a covering of digital elements like AR but also along with the interaction of physical and digital elements.

Virtual reality (VR): It is a fully-immersive digital environment. It is the application of a three-dimensional (3-D) artificially simulated interactive platform for computer gaming.

Comparative analysis between AR and VR

To create an augmented reality game, firstly a map or a design needs to be created on a game board that will serve as the action area for the players. This map can be made by using three-dimensional modeling software or it can be generated from satellite images or street maps.

The AR gaming experience is characterized by four distinct aspects- physical, mental, emotional, and social. It often superimposes a pre-created virtual environment on top of the user’s actual environment. Generally in augmented reality games, although gameplay occurs in the real world, virtual objects and characters are triggered by geo-location or by special markers, like QR codes.

v Education and Training: Using augmented reality and gamification positively affects the educational process as it helps integrate game mechanisms and elements into teaching and learning activities. Since augmented reality gaming is interactive, immersive, and engaging it can be applied to various subjects. As such it makes students more interested, intrigued, motivated and engaged which enhances their overall academic performance.

v Facilitates social networking: Apart from just a messaging functionality, social media platforms like Facebook and Instagram have initiated gaming platforms. People can play exciting and interactive games with their friends for free by just using their smartphones. Social media AR games are fast becoming a rage, catching the fancy of celebrities and the general public.

The current and estimated size:

·       The increasing number of mobile gamers

·       Surging use of smartphones and tablets

·       Growth in the tech-savvy population worldwide

Ø The low attention span of youngsters

Ø The tendency to outgrow a particular gaming environment.

Augmented Reality Gaming shows a promising upward market trend, thanks to the internet and the technology-savvy generation of today that yearns for excitement and innovation in every aspect of life.

The Asia Pacific region is anticipated to lead the market of augmented reality gaming in terms of revenue owing to the presence of strong key players in Japan and China. Nintendo and Sony are Japanese companies, while Pimax VR, 3Glasses, 51Play, ACGVR, and Virtuos Games Co. Ltd are based in China. Apart from that, the growing use of 5G and smart devices is also propelling market growth in this region.

North America is very close in revenue generation to Asia Pacific. The significant advancements in the field by market giants such as Atari Inc. and Niantic along with their acquisition policies is considerably boosting the market.

The latest developments in the market

Ø Pokémon Go developer Niantic has unveiled its latest tech demo showing off what it thinks could be the future of augmented reality gaming. The developer has shown off a new reference AR headset using Qualcomm’s new Snapdragon AR2 Gen 1 processor.

Ø Sony has signed an agreement with Niantic, Inc (Niantic), which develops and provides augmented reality (AR) mobile games, for joint collaboration in the area of auditory AR for headphones.

Ø Google has been working on an AR headset, which it has internally codenamed Project Iris, and plans to launch it by 2024.

Ø Daqri, known for its business-focused augmented reality headsets, is reportedly shutting down.

Ø Pokemon GO developer Niantic has entered into a partnership with Punchdrunk to launch the Punchdrunk Catan-World Explorers, an augmented reality game that will be entering the beta testing phase soon. Pre-registrations for the game have already begun.

Ø Savage Game Studios will be soon acquired by Sony to strengthen its mobile gaming division.

Ø Blippar has launched its SDK Beta plug-in, through which Unity developers can save considerable time and effort while creating and publishing WebAR experiences.

Ø Nintendo has entered into a partnership with Niantic, Inc. to jointly develop apps that combine Niantic’s real-world AR technology with Nintendo’s well-known characters.  The two companies will be developing, a real-time strategy and puzzle video game series, based on the Pikmin franchise.

The front-running Augmented Reality Games of 2022 for Android, iOS, and PC are as follows:

Beyond the potential, it provides for entertainment platforms, Augmented Reality Gaming offers enormous opportunities for businesses as well – especially in the areas of innovation and technological advancements. Market research company also shares the data for the hardware and software needed for playing, including smartphones, headsets AR glasses, and PCs. Overall it can be said that it is a win-win situation for all as the public gets an exciting and innovative form of entertainment and the IT and gaming companies are getting profitable growth prospects.